Apparition of a Face in the Sky my Daughter

Apparition of a Face in the Sky my Daughter

Apparition of a Face in the Sky my Daughter Picture and Testimonial
Apparition of a Face in the Sky my Daughter : this is my experience, my picture, my testimonial of the apparition in the Sky of a face of my daughter, this is my story; every Tuesday I take this road to take my son to soccer practice, my husband drives and so I, the one who always loves to observe the sky, noticed immediately this particular sunset which, with its colors, made the mountains look even more beautiful.
I would look at my favourite mountain, the Monviso, and I told him that the mountain deserved to be taken a good picture of, thanking God for this gift that he was giving to us to feast our eyes; so I took some pictures, however, then I went to look toward the sun, I noticed a strange light, I thought it was trick that my eyes were playing, because I had been staring at the light for so long, however as I started to check the pictures immediately after I took them I noticed that the strange light was really there, however I did not immediately notice the face, I only saw it when I got home in the evening.
As I looked again at the strange red light I noticed that next to it there was something else; as I zoomed in the picture I discovered that face; many times I asked the Sky for a special gift for myself and now it was there, because for me, for my heart, that face was the face of our daughter Zaira.
As I published the pictures on facebook and on the Angels group I noticed that many recognized her in that face, however the nicest summed that really left me speechless came from my 11 year old son; as he very calmly looked at those pictures he told me “mum, it is obvious that it’s a space craft that is doing a favor to that illuminated favour so you can see it, and then the space craft goes away, mum, they observe us and they are not bad, they are friends of the Angels”.
His answer left me completely without words, just like me, he observes and talks a lot about the Sky, but with the wisdom and the wisdom of his young ago, managing to see good even in something that we, the adults, cannot see because we grew up thinking that a space shift is something negative for our planet Earth and for us humans, so I too want to see like through the eyes of a child that strange red light are creatures sent by God to illuminate that face, the face of Zaira, so that me and all of us could see it.
Savina

Here is an enlargement of the picture. 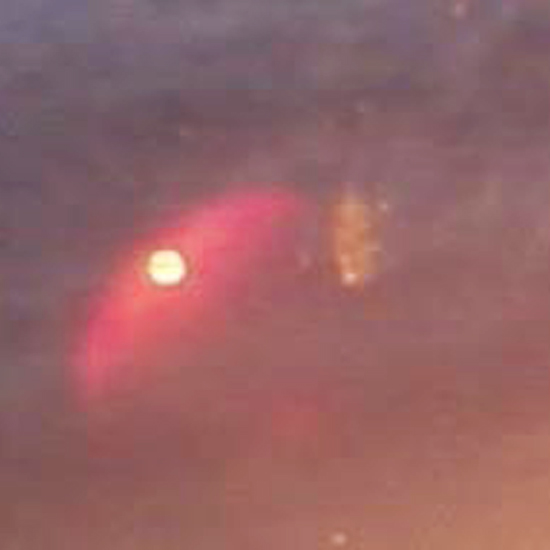 And for comparison, here is a picture of Zaira. 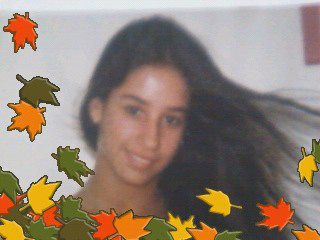